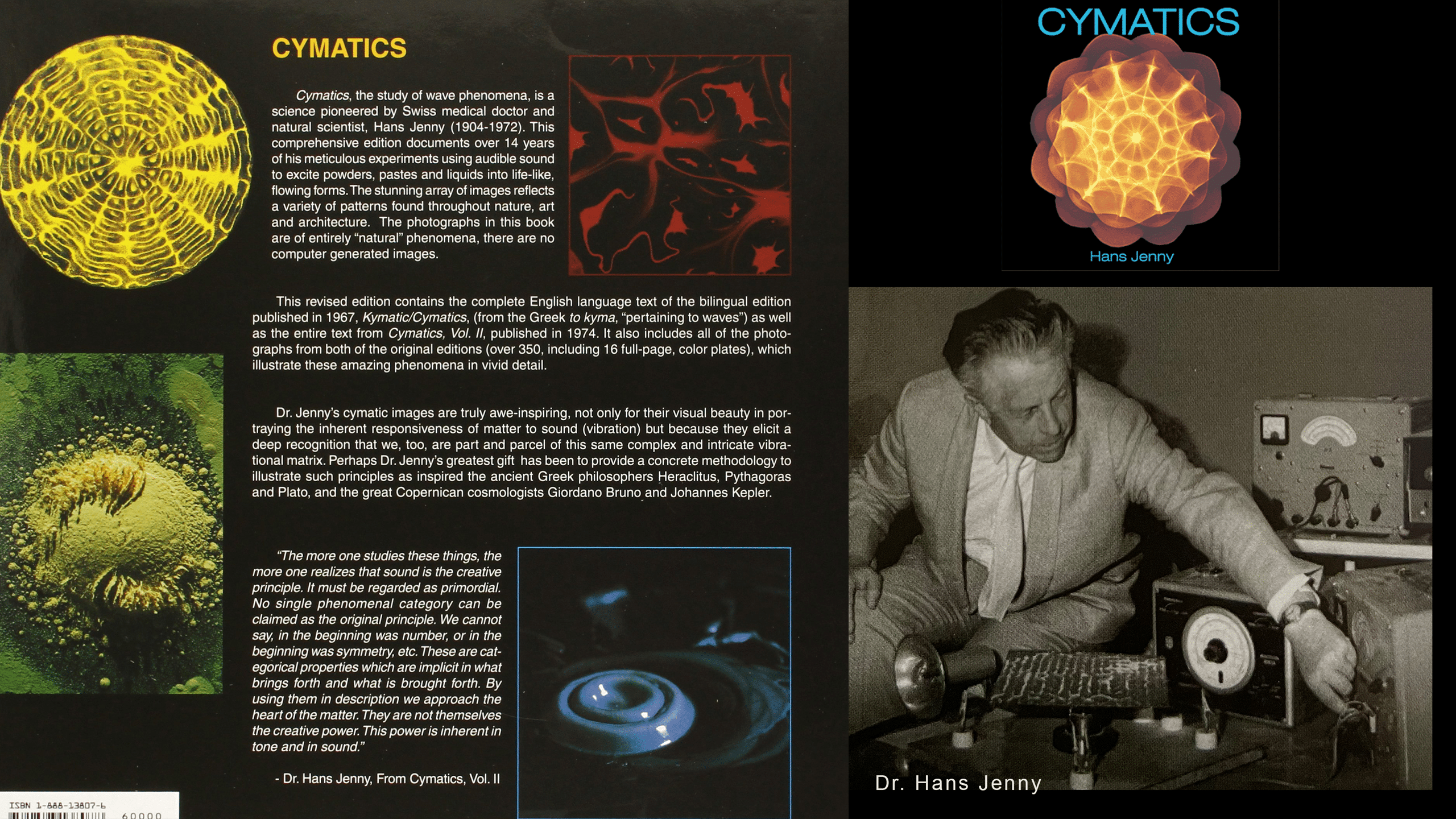 The study of wave phenomena is also called ‘Cymatics’. The term was coined by Hans Jenny (1904–1972), a Swiss follower of the philosophical school known as anthroposophy. Anthroposophy is a philosophy formulated by Rudolf Steiner. It’s based on the premise that the human intellect has the ability to contact spiritual worlds.

It was formulated by Rudolf Steiner (q.v.), an Austrian philosopher, scientist, and artist, who postulated the existence of a spiritual world comprehensible to pure thought but fully accessible only to the faculties of knowledge latent in all humans.

Inspired by systems theory and the work of Ernst Chladni, Jenny delved deeply into the many types of periodic phenomena, especially the visual display of sound. He pioneered the use of laboratory-grown piezoelectric crystals, which were quite costly at that time. Hooking them up to amplifiers and frequency generators, the crystals functioned as transducers, converting the frequencies into vibrations that were strong enough to set the steel plates into resonance. He made the resultant nodal fields visible by spreading a fine powder of lycopodium spores from club moss, as well as many other methods and materials.

Jenny published two volumes entitled Kymatic (1967 and 1972), in which he repeated Chladni’s experiments. He claimed the existence of a subtle power based on the normal, symmetrical images made by sound waves. According to Jenny, these structures, reminiscent of the mandala and other forms recurring in nature, would be a manifestation of an invisible force field of the vibrational energy that generated them. In one of his experiments, he used a vocalization in ancient Sanskrit of Om (regarded by Hindus and Buddhists as the sound of creation) and the powder formed a circle with a centre point, which was one of the ways in which Om had been represented.

The growth of the sound therapy industry